I was explaining to my son that I want his dad to take the unused trampoline apart as I’d tried and failed to do it myself.

I know, your feminist ears might be bleeding about now as I layout this weak woman trope. I’m sorry, but please stick with me.

He turns to look straight at me and says, “You don’t know what I’m capable of; neither of us does until I try.”

You don’t know what I’m capable of; neither of us does until I try.

Imagine my mind is the cartoon character, Roadrunner, charging along at a lovely pace then coming to a screeching halt because Coyote has set up a dastardly trap with dynamite. Except my coyote is my fourteen-year-old son and it isn’t dynamite about to blow my mind, but a heavy dose of wisdom. I shrug and wave at him to go for his life, while my mind is wondering if my child is Merlyn living his life backwards.

He tries to do what I told him he couldn’t, and…he couldn’t. Ordinarily, I would have chalked this up to a mama triumph—after all, don’t mama’s always know best?

I sat with that a while—an inspiring and terrifying revelation. And I sat with it some more until I considered that we humans don’t even know what we’re capable of ourselves. So how do we dare to believe we know what others are capable of?

Had you asked a ten-year-old me if I were capable of leaving my little village in the middle of England to one day live in California, I’d have thought you stark raving bonkers – California is where movies get made, not the dreams of village kids. Yet, here I am because I dared to try.

If you’d asked a thirty-two-year-old me, who’d not long had a total colectomy and ileostomy bag, if she could grace the pages of magazines as a vintage model, she would have thought you were a hopeless dreamer. Yet I did it, because I dared to try.

If you’d asked a forty-year-old me if I thought I could write a historical fiction novel I would have laughed in your face with a big, “er, no, I love to write, but that’s a whole other level.” Yet, here I am four years later with one completed manuscript and the outline of another. Yep, you’ve guessed it, because I dared to try.

Today, people ask me, “When will your novel be published?” My tiny minded, unbeliever of possibility mind says, “Never, I can’t do that.” And that part of me is a massive, all-consuming, really annoying negative Nelly that consumes most of my mind, most of the day. Then, my son’s wisdom pops up out of the ethers like a cuckoo from its clock, and shouts, “You don’t know what you’re capable of until you try!”

And he’s right. So, I will try, and who knows? I might surprise myself once again. Stranger things beyond my imagination have happened.

Is there something you’d love to do, but tell yourself you’re not capable? Have you tried?

Let’s keep trying, shall we?

All of my love,

PS: Take a look at Lottie’s Library where you can request a personalized book prescription and check out my TV and Book recommendations below.

All of my recommendations are based on personal experience only and are unpaid, however, I will receive a commission for any books purchased through the bookshop.org links I provide for your convenience. All commissions received will be collated and donated to my chosen charities and funds every year. 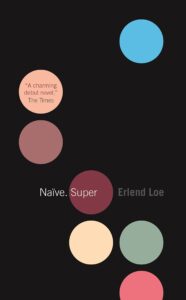 Naive. Super by Erland Loe – an unusual, quick, but perfect read for these anxious times.

Miss Scarlet and the Duke (PBS Masterpiece) – I’m super enjoying Scarlet’s kick-arse, snarky, on point, tell it how it is, take no shit attitude. 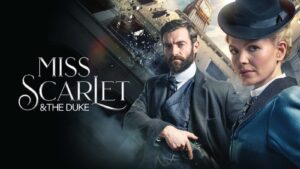 Prosecuting Evil about Ben Ferencz. This man is one of the greatest humanitarians alive, and at one hundred years old, he’s had a long and inspiring life. Watching this documentary reminded me there are still many humanitarians doing what’s necessary to make the world kinder.

We Will Get Past This with Sandi Toksbig, light and silly but super interesting too. Uplifting stories to laugh at and be inspired by. 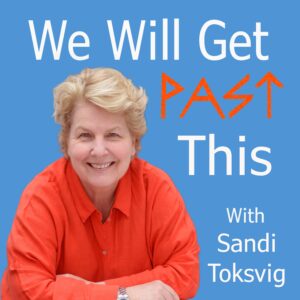 Let’s have a conversation. I’d love to hear your thoughts about what you just read, so please leave a comment below.

I hereby invite you to Rediscover YOU.

I know it feels a bit odd to reach out to someone you've only "met" online, but I need to speak to you and have a real-time face to face (over video chat) if I'm to support you. I promise it'll be a fun, inspiring and enlightening experience you won't regret.

So, please click the button below, fill out the short form that pops up to the best of your ability (perfection not required), and I'll be in touch to arrange a conversation.

Our initial conversation will be a full on coaching experience. I'm not into ten minute "discovery calls", because what on earth can you discover in ten minutes? Not enough!

My call with you will be at least 90 minutes and during that time we'll really dig into what it is you want to create for yourself. That 90 minutes (which are completely free, as in no cost, zero dollars/pounds or whatever currency you use) might be enough to get you started. In which case, you'll leave our call with everything you need right now, feeling invigorated and ready, and I'll leave it knowing I've fulfilled my personal commitment to help as many women as possible.

If, after that conversation, ongoing coaching feels like something you want, then we will discuss that and go from there, but I'm not going to sell that to you. I'm not interested in convincing people to work with me, so we'll only discuss that if you ask. No one NEEDS coaching, it's an optional collaboration that you get to choose into, if you want to. If you do, then we can certainly discuss what that might look like moving forward.

You just need to take one small step first - click the button below. Don't be scared, you've got this and deserve it!

I Want to Have a Conversation with Lottie

I can't wait to meet you.

With all of my love,